After realising that the portions served in Los Angeles and Lima are huge compared to Australia, we decided to try survive on one meal a day, apart from breakfast, which is usually provided by the hostels.

We passed by Cicciolina the day before and it rang a bell, maybe in the book or even Tripadvisor. Also, it was one of the only places still open for lunch when we ventured out.

I think the both of us had a lil bit of a shock walking through the restaurant. We weren’t expecting a nice restaurant for lunch and on top of that, a nice fancy place in Cusco. The tables were all laid out with white tablecloths, with wine glasses and cutlery laid out. There was art on the red walls and the place just looked like a fancy place.

We had an entree to share. It is the Peruvian scallops in their shells, nice and plump, thrown on the bbq and bathed in a buttery salsa of soya with ginger, crispy garlic and a drop of lime.

Mr R was torn between having something delicious and flavourful as his main or going for something a bit plainer as he was still feeling ill. We didn’t think that high altitude sickness had anything to do with plain meals though so he went with what he would have had if he wasn’t sick – A fine piece of beef fillet, chargrilled, bathed in a sweet sauce and blue cheese sauce… and to shake the senses, it is accompanied by a parsley and whiskey risotto. He thought the blue cheese sauce and parsley risotto was a bit too strong. I didn’t try it because of my intolerance to cheese. I could smell the cheese from a mile away I think. It was that strong!!

I didn’t manage to get the name of my main because at the very last minute, we discovered that the main meals went over the page! We’d already taken long enough to decide on our selection so in the end, I was a bit frazzled and just asked the waitress to pick something out for me and she picked it. From memory though, my main was tuna with sauce made from local Cusco herbs.

Overall though, we did love our meals. And when we do but we’re so stuffed that we don’t think we can eat anymore, we sometimes get a dessert to share. Yes, it sounds like we’re gluttons but somehow, there is always space for dessert. We got the waitress to pick between two of our choices again and thus, we got the white chocolate mousse mounted on a soft whisky drenched brownie, drizzled with warm butterscotch sauce and served with little mint jellies. The dessert I have to say, was really nice.

Not surprisingly, we felt like fat Michelin men at the end of the meal. Who would have guessed that sharing an entree and a dessert that we would be still so full. The portions here are crazy!! 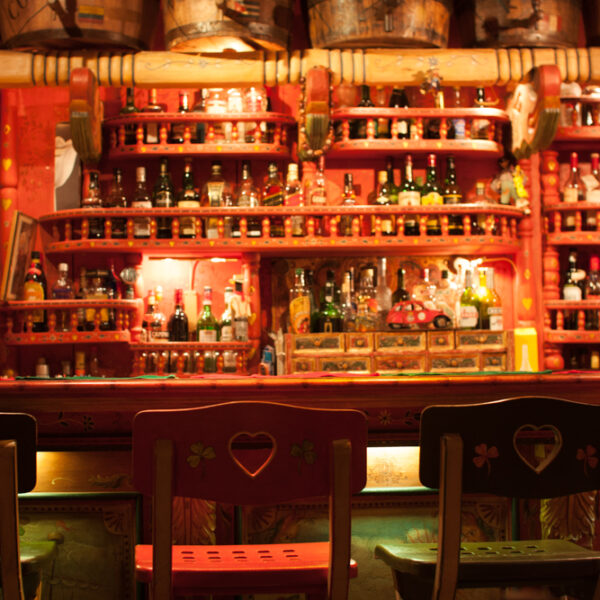 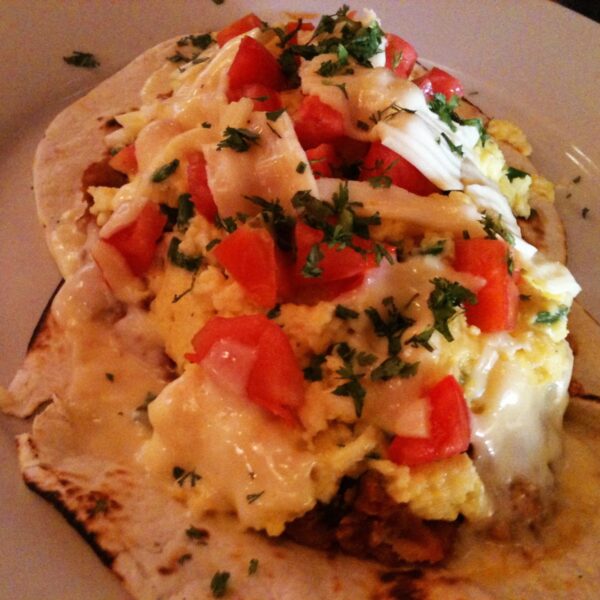 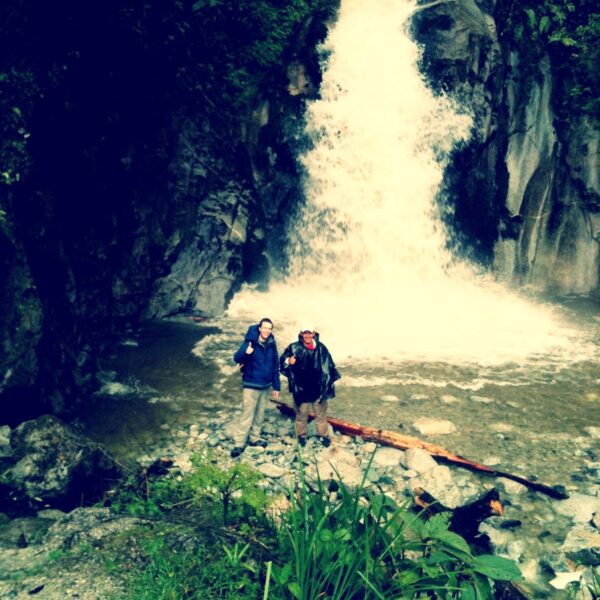